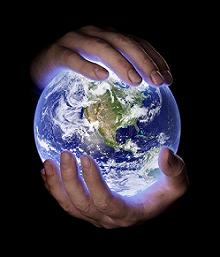 There comes a time in the life of a people, when what has gone before must give way to the new, and what has been thought of as a way of life and a standard for defining the normalcy of days, must adapt itself to a new current of light and life that now enters the picture. Such is the time for America today and, indeed, for the world, for the old ways of doing things are about to give way before a new consciousness that shall envelop both the nation and the world. This new consciousness will shine a light more brightly than ever before on the internal mechanisms by which people think, feel, and make choices in their everyday lives. All that is hidden from the eyes of others will become known to the self, and the motives that are less than desirable will also become visible to the illuminated awareness.

This greater consciousness is meant to be a great gift, though it brings with it the problem of having to finally deal with those things that one would rather have concealed from the self or put away until such time as it seemed more comfortable to take them out. Nevertheless, awakening consciousness to the true nature of the self is of great and priceless benefit, for it enables each soul to finally become free of all that holds it back from realizing its true potential. For this self-constriction is not based on circumstances that flow through life and come and go, but rather on the inner nature of deeply held thought and belief which define the expectancies and the fruits of a life. These are the building blocks out of which the flow of life is created.

In the present moment, the movement toward greater visibility of self is still quietly moving along subtle channels, creating little disturbance of the inner landscape. It is still not being perceived as the wave of change that it is, and only some who are more sensitive to the ebbs and flows of thought and feeling, or those who are suddenly having to deal with stronger surges of darkness and negativity are becoming aware of what this wave is bringing. Yet, within a short space of time, many more will become aware of the things that have been hidden and will need to know what to do with all the levels of thought and feeling that suddenly become part of everyday awareness.

For this understanding to root itself in the place where healing and transformation can occur, it is necessary that God enter the picture. For the phenomenon of illuminated awareness is not caused by the self, nor by any motives that reside within, nor by any external circumstance. Rather the phenomenon of awakening is caused by Divine timing and ordination which has finally moved to sound the call for humanity's movement forward, and to shine the light of truth into the domain of ordinary consciousness. This is the time of the great purification for mankind, and for the letting go of that which needs to be let go of in order that each soul become free.

There are some who will continue to feel hardened to their own inner process of learning and who will deny it in others, and there are some who will feel abused, or humiliated, or attacked, by their very own self and the inner life that is opening. What is important to remember at this time is that what begins in confusion will end in hope. What begins with distress at things that have never been experienced before, will end in a simplicity of being and an expanded space within the self that will bring greater peace and a greater capacity to share oneself with others in a true way. It will also bring, in the end, a greater awareness of God's love and of God's gifts to humanity.

All forms of life are moving into this next step of awakened consciousness, and all forms of nature will be affected as well by the increased light of awareness. Yet it is the human being who will be most acutely affected since it is human awareness that is differentiated in the most subtle and complex ways and that responds most to the emotional domain of existence. Nevertheless, all of nature shall respond to this call to awaken, and both plant and animal life shall feel and seem more alive, more vibrant, and more conscious.

This is the miracle of the time we are in and for which all souls have waited, namely, that the life of God that has existed in all beings without exception, shall finally become more visible, and ordinary reality as it exists in trees, brooks, grass, leaves, clouds, air, mist, earth - shall finally take on the visibility of light that has always been part of the structure of life-forms, but never part of their radiance. Now, life shall radiate light.

For those who fear this time, it is important to know that all who are here on the earth have come in order to be part of this great transition, and there is no one who will not be helped with the process by Divine aid as well as by the light of their own soul. The music of that soul shall begin to sound more loudly in the ears and hearts of each one, and each one shall begin to find the inner guidance that will lead them through the newness and uncertainty of this time.

Blessed are those who have come to share in the great awakening of the earth and of human consciousness that is part of the present moment. May all be blessed and may all perceive the true nature of God's sacred reality as it arrives to bless the earth.


Back to: Ascension Articles A New History For A New Time

A New Definition For The Acension of Humanity 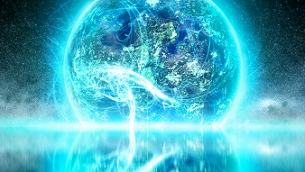 “All forms of life are moving into this next step of awakened consciousness, and all forms of nature will be affected as well by the increased light of awareness. Yet it is the human being who will be most acutely affected since it is human awareness that is differentiated in the most subtle and complex ways and that responds most to the emotional domain of existence...” More Spiritual Awakening Quotes

“Ascension is the act of moving upward, the transcendence of ordinary conditions of existence, the scaling to new heights of awareness and consciousness. The different dimensions we aspire to offer opportunities to create our own conditions of being and to discover the magical qualities of a fully realized life...” [Read More...]

“One day you’re tooling along, working your normal job, living your normal life, and everything seems OK. But something happens that triggers a sudden expansion of your awareness, and for that brief moment of perfect clarity, you know what it’s like to be fully awake. You’re struck by the terrifying realization that your life has gotten way off course, and that you’re really meant to be doing something entirely different...” [Read More...]

“It may be said that the entire earth, in its heart and in its energy body as well as in the consciousness of many individual souls, is waiting for this pain to be lifted – is waiting for the new birth and new awakening that will enable humanity to break through seemingly intractable situations that are spiraling out of control to a new way of being with each other and with life...” [Read More..]

Signs and Symptoms of Spiritual Awakening

“You may experience an overwhelming desire to leave the planet and a deep longing to return to 'home', even if you don't know where 'home' is or can't explain this feeling. This is not a "suicidal" feeling, But rather, you feel compelled to re-connect with Source/Spirit and you begin to seek a deeper meaning and purpose to your life...” [Read More...]

Entering Into a New Era of Soul Activation and Self-Realization

“ At this time we are witnessing an opening of consciousness that is allowing the masses to realize their true potential and begin to apply this awareness to their daily lives. But how do you navigate the terrain of active participation in this new awareness and expansion of consciousness..?” [Read More...]