Message from the One

Beloved ones, it is time now to release the past, and to know that a new history is about to begin, indeed, has already begun. This new history will not be governed by the conflicts generated by the need for survival and the difficulties doing so. It will not be governed by the competitiveness and desire for acquisition of one above others that has so characterized the tenor of modern society. Rather, the new history that shall be written shall be a love poem to the unity of man, and shall in all ways reflect the changed consciousness that each shall carry concerning his or her relationship to the whole.

The new history shall embark upon the waters of conciliation, and shall find means of engendering cooperation among all who need to come together to resolve problems, end disputes, and find new solutions to the common collective issues that beset all nations and all peoples. It will be a time of cooperation rather than undermining and competition, and those who are most truly capable of sensing their oneness with all will be the representatives of mankind to the bodies that govern mankind, for they will be charged with making policy in the best interests of all.

The pain of years past that gave rise to war and to the conflict among nations will be a thing of the past, as will the plundering of the Earth's resources and of her natural bounty for the sake of the wealthy at the expense of the poor, and at the expense of Mother Nature herself. This single-minded attitude of seeking for the self alone shall be impossible to continue in a world in which the 'self' is no longer apart from all others and is no longer felt to be apart. 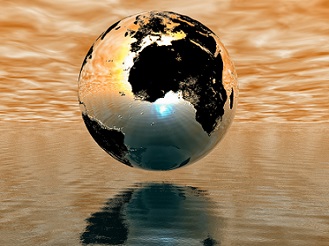 Such a vision of reality may seem like a distant truth to those who live now at a time of continuing difficulty and conflict, even in relation to the fulfillment of the basic needs of the world's poor and those who do without in so many ways. It may seem impracticable to be able to institute such a vast change in the consciousness of those who benefit from continued war, strife, and deprivation of the many to fulfill the needs of the few. But I say this to you, my beloved ones, that before this day is over, all shall become humbled in the face of the truth of oneness, and in the face of the truth of their relationship to Me and to the world of beings who guard and watch the Earth and all planets within every sphere in the physically manifested universe.

No longer will it be possible to think of the Earth as alone with her own particular problems or patterns of growth, for it will be seen that Earth's measure and the measure of her inhabitants is found throughout the solar system and beyond, not in precisely the same evolutionary pattern, for this is unique to the Earth as a habitat that has housed the expression of duality in its most extreme form. But in relation to the abundant life that exists everywhere, the inhabitants of the Earth shall no more think of themselves as being alone in the Universe.

Pray now for the quick ascension of this time, my beloveds. Pray for those who have most to lose from the furtherance of this new history and this new time, that they, too, may be swept along with the tides of change and become renewed in the presence of Divine and holy light. Pray that the Earth will receive the healing and restoration of her rightful balance and integrity quickly and smoothly so that she can take her place among the universe of enlightened planets. And pray for all beings who are now separated from the light that they may return to the consciousness of what is most true about themselves.

May the Earth and all creatures be blessed, and may new life declare itself to have arrived, nevermore to be subjected to the forces of darkness and division that have so much characterized the Earth's past. Blessed is this moment of transition. Amen.

A New Definition For the Ascension of Humanity

The Great Spiritual Awakening on Earth

Challenges on the Road to Enlightenment 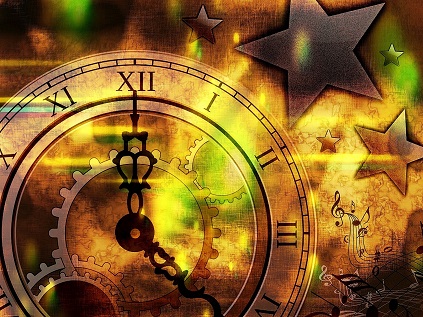 A New Definition For the Ascension of Humanity

“Ascension in my experience pertains to the complete and unbridled expression of what I call one's "Authentic Self". The Authentic Self is essentially what many refer to as a human being but "stripped" of the so called life history they have been imprinted and programmed with...” [Read More...]

“Most people have not yet discovered the gifts of going through the dark, so this may be hard to see right now. In any case, it's all about going through the experience of the dark and coming out on the other side having personally realized its amazing benefits, rather than merely forgiving it, or "positive-vibrating" it away. This is...” [Read More...]

“For those who fear this time, it is important to know that all who are here on the earth have come in order to be part of this great transition, and there is no one who will not be helped with the process by Divine aid as well as by the light of their own soul...” [Read More...]

“So if you are questioning the sanity of all of this---just look back at your lives from the past decade until now and see how much the world has advanced in its rapid movement of acceleration and in the polarization of opposites. It is all around you and cannot be discounted anymore. You have come here to...” [Read More...]

“In the years ahead, we’ll see emerging leaders who are truly dedicated to serving the greater good, people who have mastered the courage-compassion balance. I often have visions that our future world will eventually be lead by a council of highly conscious individuals — a lightworker council if you will...” [Read More...]