The earth is going through an ascension at this time into a higher vibration and dimensional awareness. What this means is that she is joining her physical body with the higher frequencies of light so that she can participate in the galactic harmonic of spiritual light in an entirely new way. This harmonic is one that pervades the illuminated planets of light and it is one that the earth has been waiting to arrive at for a long, long time. The earth's energy body is the primary vehicle through which this transformation is occurring, and, much as it is with the individual human body, the earth's body must free itself of all that stands in the way of moving into the higher frequencies of light before becoming completely able to do so.

It is a sad feature of this time that there are forces of opposition that are actively seeking to prevent the earth from taking this step into the next stage of her evolution and consciousness. She has been involved with three-dimensional reality for a very long time and the forces of opposition would seek to keep her in this more limited state so that light would not expand on a larger galactic level.

Wherever there is a planetary expansion about to happen, the forces of opposition endeavor to limit this process so that the balance of darkness as a force in relation to light can be maintained without any reduction of its power or influence.

In the case of the earth, there is a particularly important feature of repression involved which has to do with the fact that participants on the human level of consciousness are now capable, with assistance from the forces of darkness, of destroying their species and also vast portions of the planet if not the entire planet itself. The galactic harmonic would be greatly interfered with by such wanton destruction of much of a planet, even if the planet as a whole survived, and so forces of light that are ever watchful over planetary progression are here to insure that the movement forward into a new and illumined awareness takes place as God intends, for there is much at stake.

Among the things at stake is the future of human evolution. For the new planetary body will house those who have evolved in keeping with the earth's present spiritual status, and if the earth were harmed or destroyed even in part, the capacity of this transition to take place in full measure would be interfered with as well.

For this reason, the forces of light have marshaled all those who carry light consciously within their beings to serve in an active way as servants of the light so that the present danger of darkness undermining the evolution of planetary expression cannot be successful. The integration of individual consciousness into the network of collective consciousness as it occurs on a global basis, has a great deal to do with how the plans of the forces of light are being carried out and how the plans of the forces of darkness will be defeated.

The need for active participation at this time in the process of planetary ascension is very great, which is why those who guide humanity are seeking in every way to uphold those beings who are being adversely affected by the forces of darkness, even while the light within them continues to expand. This task of remaining firmly wedded to the principles of light and truth and to the presence of God's love is of highest importance in terms of holding the earth in the balance of light so that no amount of destructiveness that is unleashed in a physical way can have the potential of undermining the purposes of God and of light.

The present confrontation between light and darkness is of cosmic proportions, that is to say that it is not only taking place on the earth but in the solar system, galaxy, and beyond as well. This is due to the fact that what influences one planet influences a much larger sphere of vibration which that planet interacts with, creating a need to maintain the Divine harmonic throughout the galaxy and associated galaxies, even when there is just one planet at stake due to the confrontation with oppositional forces.

Many who have come through the human evolutionary cycle know nothing of such cosmic battles between light and darkness except what they have read in novels. And yet the whole history of mankind has been shaped, in large measure, by the triumph of light over the intentionality of oppositional forces to undermine the forward progression of human evolution. In relation to the earth as a particular planet within the solar system and galaxy, there is an additional reason why it is important that the balance of light prevail over the forces of darkness and that is because the earth holds a pivotal focus for being able to dissolve energies of darkness through the light that has begun to transform physical matter. This capacity of the earth to purify darkness through her own inherent light is of benefit not only to the earth as a planet, but to the entire galaxy in which she resides and beyond. It is a characteristic that is rarely found within the inhabited universes. 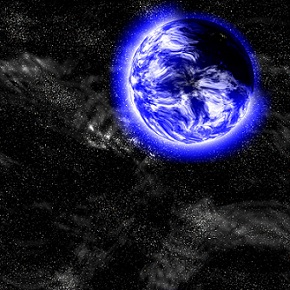 All that is at stake in the present collision between the intentions of the forces of light and the intentionality of the forces of darkness has great bearing on what individual souls are experiencing on the earth at this time. There is much pain and suffering going on, not only because of the outward manifestations of darkness that have to do with violence, killing, loss of human dignity, distortion of truth, deprivation of fundamental human rights, etc. All of these are functions of how darkness seeks to have an influence over human behavior and human evolution. But even beyond this, the pain that is occurring is the pain of feeling a loss of hope, of feeling that there is no way out of present predicaments and no way forward. This pain is being felt in different areas of the world and by many individuals simultaneously. It is the pain of a world that perceives itself to be without God, with a sense of aloneness that is greatly influenced by the cloud of darkness that is presently covering the earth.

It may be said that the entire earth, in its heart and in its energy body as well as in the consciousness of many individual souls, is waiting for this pain to be lifted – is waiting for the new birth and new awakening that will enable humanity to break through seemingly intractable situations that are spiraling out of control to a new way of being with each other and with life. The world is waiting, as are the realms of Light, for the awakening of a new impulse of light that will be of sufficient strength to disrupt the present covering of darkness and enable all to feel and to know what has always been present – the truth of God's reality, light, and love.

Those who are aligned with the intentions of Light wait with every member of the earth's planetary body for the moment in time when the suffering that is being caused by the illusion of separation will be gone from the earth, and when the planetary body of the earth as well as all her inhabitants will know themselves to be one with each other and one with the Divine source of light and love that has given each one birth.

Back to: Ascension Articles Healing Into The Light - The Purification of Individuals and of the Earth The Great Spiritual Awakening Of The Earth How Animals Are Assisting Humanity's Ascension A New History For A New Time Ascension and the Galactic Federation? Challenges on the Road to Enlightenment The Consciousness Revolution 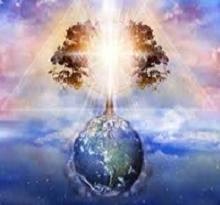 “For those who fear this time, it is important to know that all who are here on the earth have come in order to be part of this great transition, and there is no one who will not be helped with the process by Divine aid as well as by the light of their own soul. The music of that soul shall begin to sound more loudly in the ears and hearts of each one, and each one shall begin to find the inner guidance that will lead them through the newness and uncertainty of this time...” [Read More...]

“Today, many people on the planet are in need of healing and are suffering through difficult times - some physically, some emotionally, some due to what appear to be external circumstances. In reality, the earth itself is undergoing a global purification which is causing many to experience an upsurge of both emotional and physical difficulties....” [Read More...]

“ If you are ready to step free of the darkness and negative programming encircling human consciousness then you must fortify your energetic field and functionality. This is required to sustain and support higher communication between the dimensional selves...” [Read More...]

“Pray now for the quick ascension of this time, my beloveds. Pray for those who have most to lose from the furtherance of this new history and this new time, that they, too, may be swept along with the tides of change and become renewed in the presence of Divine and holy light...” [Read More...]

“I’m hugely optimistic about this ongoing consciousness revolution, since I think it means that in the years ahead, we’ll see emerging leaders who are truly dedicated to serving the greater good, people who have mastered the courage-compassion balance. I often have visions that our future world will eventually be lead by a council of highly conscious individuals — a lightworker council if you will...” [Read More...]

“An Ascended Master is, in the esoteric Metaphysical term, a human who has resolved all past issues and memories that have been experienced healed and released through multiple incarnations into physical form, rising to inhabit the Etheric Plane. The Etheric Plane or Dimension is the space in-between the Realm of Spirit and the Earthly plane of dense physical matter...” [Read More...]

How Animals Are Assisting Humanity's Ascension

“Some animals are intensely reflecting back to their human the very issues the human needs to resolve in order to move higher vibrationally and clear out the old limiting beliefs and emotional patterns...” [Read More...]

Ascension and the Galactic Federation?

“The Galactic Federation will join us one day, but it will be when we no longer need them to resolve things for us because we have gotten to the point where our consciousness is raised so much that we know we can get things worked out on this planet..." [Read More..]