This website is about the Spiritual Ascension process and the concept of Spiritual Awakening, as well as the many unique ways that people experience it. This page will explain what the Ascension is, what it might mean for humanity as a whole, as well as the various belief systems that pertain to it. Different Spiritual and Mystical traditions each have a unique way of expressing and understanding the concept of spiritual awakening and the ascension process. You can also read about the various Signs and Symptoms that indicate one may be having a spiritual awakening.

The Meaning of the Word 'Ascension'

Many people are confused about what Ascension means when it is referred to in the spiritual sense. Ascension can mean different things to many people. The literal definition of the word ascension means: the act of ascending or ascent; to be risen up or to climb. The concept of Ascension itself can be explained in several different contexts depending on the spiritual tradition or philosophy, or metaphysical system.

Ascension, in a simple and spiritual sense is very similar to the Eastern concept of Enlightenment found in Buddhism. To become Enlightened can simply mean to have "full comprehension of a situation". Enlightenment is a spiritual revelation or deep insight into the meaning and purpose of all things, communication with or understanding of the mind of God or Source, profound spiritual understanding or a fundamentally changed consciousness whereby everything is perceived as an interconnected unity.

Ascension in its basic spiritual or mystical sense can be thought of as the highest state of Man (humanity). It is the expansion of awareness. It involves the realization of being ONE with the Creator and all of creation. An individual is 'ascending' in the sense that something of a lower vibration is ascending; is is being 'raised up' or becoming higher in vibration. This is why many Spiritual traditions aim to achieve the dissolution of the human ego (lower self) in order to realize the true nature of their being, or Higher Self.

Ascension, in this spiritual sense of the word, does not mean that one's physical body is lifted off the ground and flies through the air, ascending up into or above the clouds towards a physical place called 'heaven', although some religious adherents still literally imagine this very scenario. But for the sake of understanding, If Ascension did actually involve entering heaven without dying, then it would be more accurate to say that Ascension is about 'bringing heaven to earth' by raising the 'lower vibrational aspect of your non-physical being to a higher vibrational state of being or realization.

Ascension can also be understood in a more metaphysical way by considering the concept of 'Dimensions' or 'planes of existence, or planes of conscious'. This would mean that Ascension is about shifting from one dimension, frequency, plane of existence or conscious (such as the 'lower' physical Earth plane) to another plane, dimension or state of consciousness that is of a 'higher frequency'.

The Ascension of Christ (Christ-Consciousness)

In a traditional religious or theological sense, Ascension is the concept of entering heaven alive (also called "assumption", or "translation"). Death is generally considered the normal end to an individual's life on Earth; this type of Ascension refers to entering Heaven without dying first. In various religious traditions, such as within Christianity, the significant event known as the Ascension actually refers to the bodily ascending of Christ from earth to heaven after the resurrection.

The biblical event found in Acts 1:1-11 of the Holy Bible, describes how the disciples witnessed Jesus as He 'Ascended into Heaven'. Bible Scholars and those who understand the true meaning of 'Ascension' do agree that Christ did not fly upward towards heaven, but rather 'disappeared out of sight'.

With a more modern understanding of this event, and when correct translations of original biblical language is used, then the Ascension becomes a very profound spiritual event indeed. We could say that the 'Ascension' of Jesus involved Him leaving a lower vibration (Earth) and Ascending into a higher Vibration (Heaven).

The Ascended Masters and the I AM Presence

There are various other human beings throughout history that are said to have completed the Ascension process while on Earth. These individuals are known as the Ascended Masters, a concept stemming from Theosophical teachings. Adherents of the Ascended Master Teachings believe that each person on Earth is an incarnation of an "Individualized Presence" of the "Most High Living God," which is called the "Mighty I AM Presence"

In this theosophical or metaphysical context, the Ascension is involves a return to complete "Oneness with God" by raising the outer atomic structure of the physical, emotional, and metal bodies into the Electronic Structure of the I AM Consciousness; one then becomes an Ascended Master and eventually a Cosmic Being, and beyond.

This complete process would require one to develop mastery over the lower-vibrational planes of matter through love, and by the resolution of negative karma and ego; in this way, one can become a conscious co-creator and assist in the fulfillment of the Divine Plan as it unfolds on Earth and within all higher planes of existence.

The Inner Path of Ascension

The Ascension is also a chosen path that an individual can consciously commit themselves to walking throughout this human life experience. The Ascension is a way or a path of Being, a conscious choice, and a matter and manner of living as well.

In a very human sense, and even as Jesus the Christ taught, Ascension is about transforming negative into positive; hate and fear into love and courage; from limitation and restriction to freedom and expansion; it is about turning a close mind into an open mind; prejudice into acceptance; ignorance to understanding; darkness to light; resentment to forgiveness; cruelty and anger to kindness and compassion; selfishness to selflessness and it means going from service to self to service to others.

Ascension is about awakening the human heart and spirit, inner wisdom, and is the evolution of human consciousness and the planet itself.

The Ascension is taking place right now on the planet and many people are already Ascending. Now, these individuals are not 'disappearing' in the literal sense, but in a way, their reality is changing. It can be a short process or what that takes a lifetime (or many).

Many people all over the planet are 'waking up' and their individual vibration or frequency is increasing; in other words, their consciousness is expanding and their heart is awakening. Many others are still spiritually unconscious, or 'asleep', and in extreme cases, many are still consciously and unconsciously contributing to much of the chaos and turmoil within the world; many are not at peace within their own selves or are not yet at the point of realizing the true spiritual nature of their beings or their higher purpose on the planet at this time.

But we must remember that everyone is ascending at a different pace, and everyone is walking their own unique path as individual sparks of the ONE creator or God. Individuals can progress spiritually in different ways through different means, and can even ascend to different degrees, at different levels; they can also fluctuate in either vibrational direction at times, since we are still having a human experience embodied in flesh on the physical Earth. We are all in this together and we must be careful not to judge others so harshly.

At the heart of free-will is the acceptance that we must allow an individual to do their own spiritual work in a way that is beneficial to their own Soul-Growth and level of consciousness. Most will come to their own understanding of these concepts at their own pace through experience and insight, and they may travel many different paths (sometimes through pain or harsh lessons) before the Ascension process or Spiritual Awakening occurs for them.

Ascension symptoms happen on a physical, mental, and emotional level. There is a lot going on inside of you. Spiritually, it is about energy and consciousness; much is happening on the mind-body-spirit level of being as a whole. Ascension Symptoms List

Depending on the spiritual tradition or esoteric philosophy, Spiritual Awakening can be described in many ways and terms and is often referred to: "waking up" ... Self Realization... Self Awareness... Enlightenment... becoming more "Conscious"...having the "veil" lifted... breaking out of the "matrix" ... shifting Vibration or a "shift in consciousness or conscious awareness", .. and many more terms and phrases. Why Ascension? A Reason and Purpose for Ascension 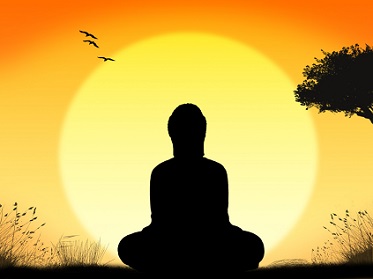 Enlightenment and Ascension Enlightenment and Ascension is the process of evolving consciousness by unburdening our selves of outdated psychologies, habits, addictions and energy structures. As we develop the mind, mental discipline and energetic capacity to go beyond the old forms, the "Being" half of the Human-Being" that we are will emerge to reveal the truth of existence and assist the completion of the Ascension process. [Read More..]


Ascension is an entirely natural evolutionary process at work in the universe...

Ascension begins as a Spiritual Awakening...

Ascension involves the raising of one's personal vibration from a lower frequency to a higher frequency of vibration...

Ascension involves a shift from one dimension or plane of reality to another...

Ascension is the evolution of consciousness...

Ascension is very similar to the Eastern concept of Enlightenment found in Buddhism...

Ascension can be thought of as the highest state of Man (humanity). It is the expansion of awareness...

Ascension is about transmuting fear into love and realizing the inter-connectedness of all things...

Ascension in a religious context is the concept of entering heaven alive...The kindgdom of heaven is within you..

Ascension involves a return to complete "Oneness with God"...

Ascension involves the realization of one's true potential as a spiritual being having a human experience"...

Ascension is about awakening the human heart and spirit, inner wisdom, and is the evolution of human consciousness and the planet itself...

Ascension 2018 The Year of the Butterfly

We are now experiencing an exciting time of awakening and spiritual growth on the planet. We are all entering a year that holds much promise. This year is an important year in your path of service. This is the year to dream a heaven on earth both personally and collectively. [More Videos About Ascension & Spiritual Awakening]

Ascension symptoms happen on a physical, mental, and emotional level. There is a lot going on inside of you. Spiritually, it is about energy and consciousness; much is happening on the mind-body-spirit level of being as a whole.

It feels as though you are in a situation that seems like your worst nightmare, with many difficult and confusing aspects to it. Your soul is guiding you throughout this process.