You may experience unusual or unexpected pressure and pain in or around the head and face area, including skull, eyes, ears, sinuses, teeth and gums, often times shifting from one side to another. This is also the area of the Crown Chakra which is the gateway for higher consciousness and spiritual awakening in general.

Experiencing any pressure around the forehead or back of the head may be due to the opening of the pituitary and pineal glands as they absorb more light and energy. These physical glands are connected with the third eye and crown chakra. When these glands are fully open, activated and functioning at the highest level, one experiences many spiritual benefits such as an increase in intuition and vision, and a slowing of the aging process. But before the birthing of these benefits, the labor pains of these chakra centers awakening may bring some of the uncomfortable symptoms around the physical areas connected to them.

We all get headaches from time to time, but the headaches associated with the ascension process often occur without any physical cause and are sometimes unusual or occur with odd sensations. These type of headaches may not respond to treatment, may come on suddenly and intensely for a few hours or over a period of a few days before disappearing.

During the ascension process there is a lot of activity occurring in the crown chakra, and third eye chakra, and these symptoms can often manifest on the physical level as strange sensations within or around the head or face. The headaches may be accompanied with sinus issues or the head may feel sore or heavy. Many describe the head or skull pressure as if something is squeezing their head tightly or as if their head is 'filled with energy'.

During the time of these awakenings and activations, one might also feel a bit cloudy headed or muddled in their thinking during these times as well. This is because there is a lot changes happening on the mental level to accompany the physical changes and spiritual changes occurring in the head chakras.

Often Crown chakra awakenings and activation are accompanied by pressure or sensations at the top or extending above the head or scalp; the scalp can be sore or itchy and their can be light sensations or tingles, as if being touched, near the hair and scalp. Sometimes there are goosebumps, tingles, itching, prickly, or crawling sensations on top of the head. Most often though, the head and crown area may feel warm at times, or there may be moments where one experiences intense heat or waves of energy along with other head/crown symptoms listed here.

Often the ascension headaches can manifest in one specific area or side of the head, sometimes shifting around. There may be moments when you feel a sudden sharp shooting pain or an electrical-like shock in the head/skull or around the scalp where the head pressure is located. There may be feelings or sensations of static-electricity around the hair and scalp as well. There is a lot of activity happening on a physical and spiritual level here.

There may also be neck and shoulder pain, soreness or tightness experienced around the same time as the head symptoms or independently for a few days at a time.

After or around the time of the head/crown ascenion symptoms you may experience a more expanded awareness and deeper insight in general. Any dormant psychic abilities may begin to emerge, or if one already has awakened abilities they may experience them more intensely or more often. Sometimes during the actual physical head/crown symptoms there may be a temporary decrease in these abilities which can be accompanied by the mental symptoms of confusion, muddled, cloudy or scattered thinking, or even a jumble of thoughts and visuals (physical or in one's inner vision) where one can't seem to filter out thoughts or simply their thinking. This can cause one to feel overwhelmed at times and can result in periods where one is unable to focus, concentrate or even clear their mind of thoughts--while at other times it is as if one's mind is completely blank or turned to 'mush' as they say.

The sensation of energy pouring in through the crown/head area is often described as 'sprinkles'. The experience of pressure on the crown is often said to feel as if someone is pushing a finger into the center of your head at times. Their are huge downloads of energy coming in through the crown chakra during the ascension process and whenever their is a crown chakra awakening or activation. The sensations mean that you are opening up to receive divine energy.

The crown chakra which is connected to the top of the head and extending beyond it is often used in meditation techniques. This chakra point is the source of white light, or cosmic energy and spiritual protection. One can meditate on the crown chakra by visualizing a white light or stream of energy pouring into the crown. It's especially beneficial to do this during any time that you feel any of the uncomfortable ascension symptoms in the head or crown area. Concentrating on relaxing the body and using focused breathing techniques will also ease some of the head and crown pressure and discomfort whenever experienced.

Back to: Ascension Symptom List
Article © ascensionsymptoms.com
Ascension Body Aches
About the ascension related pain and discomfort in the physical body.
Aches and Pains Painful aches and soreness in the body related to the ascension.

Surviving The Physical Ascension Aches and Pains
Dissolving The Pain Body
Reframe Your Mind to Relieve Your Body Pain
Meditation For Pain Relief
How Can I Laugh When I'm In Pain?
Using Kinesiology to Relieve Aches & Pains
Ten Easy Techniques for Pain Management 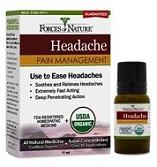 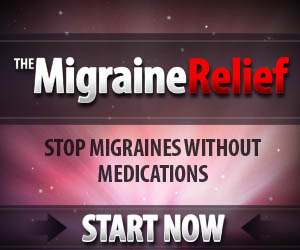